What the music industry experts say about AniKiko?

Anikiko works with and writes with some of the music industries finest and highest profile artists worldwide (including ARIA winners) with global record sales.

Writing and producing with top producers in LA and Philadelphia Anikiko has been prolifically writing new music and 2015, 2016 saw syncing to feature and multiple episode American films and shows.

From 16,000 entries, 2011 International Songwriting Competition announces in April 2012 Anikiko “Like No Other” top ten.

A night that Sydney Australia will find hard to forget! 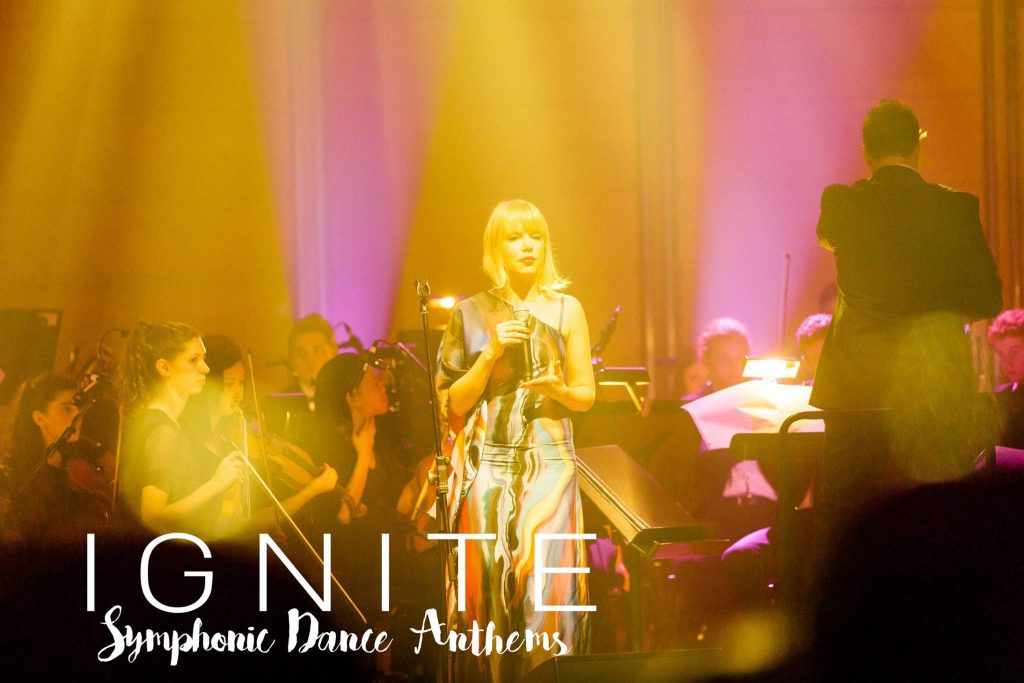 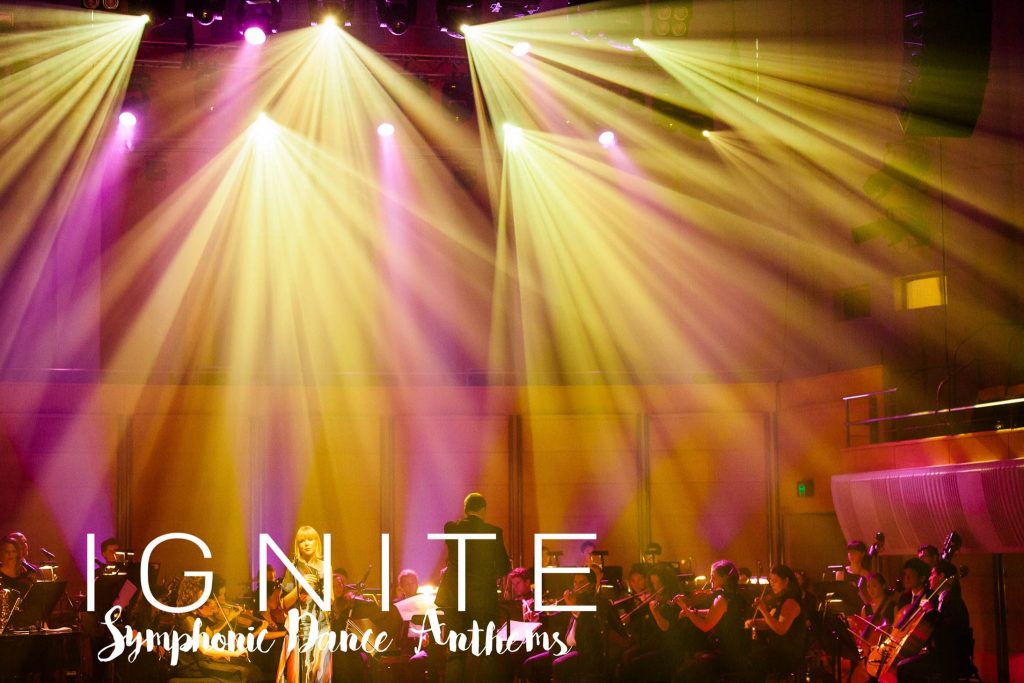 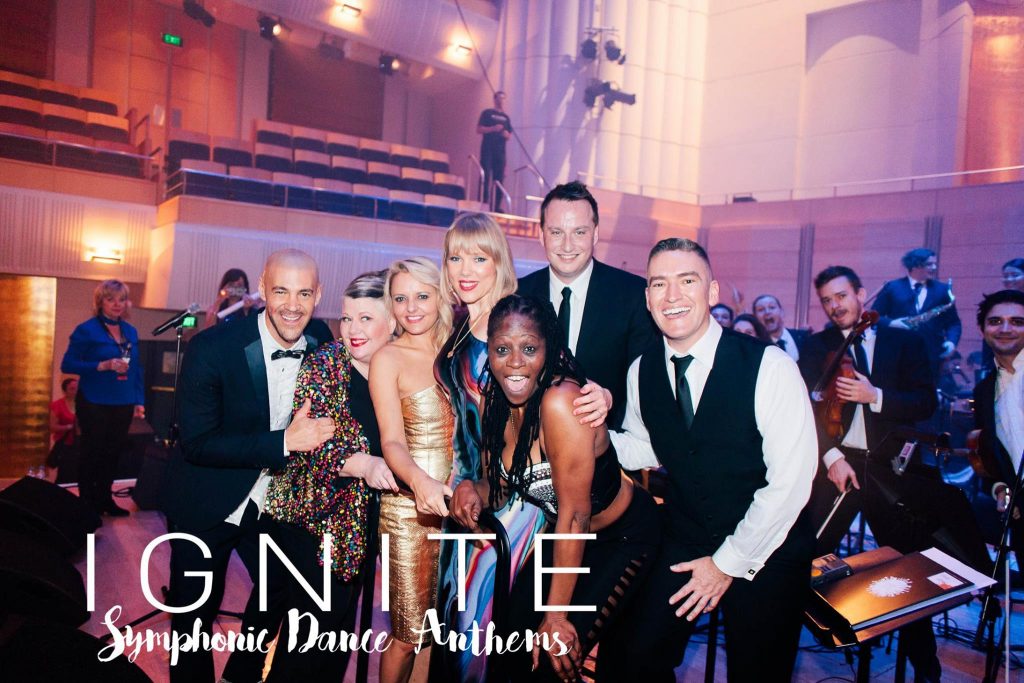 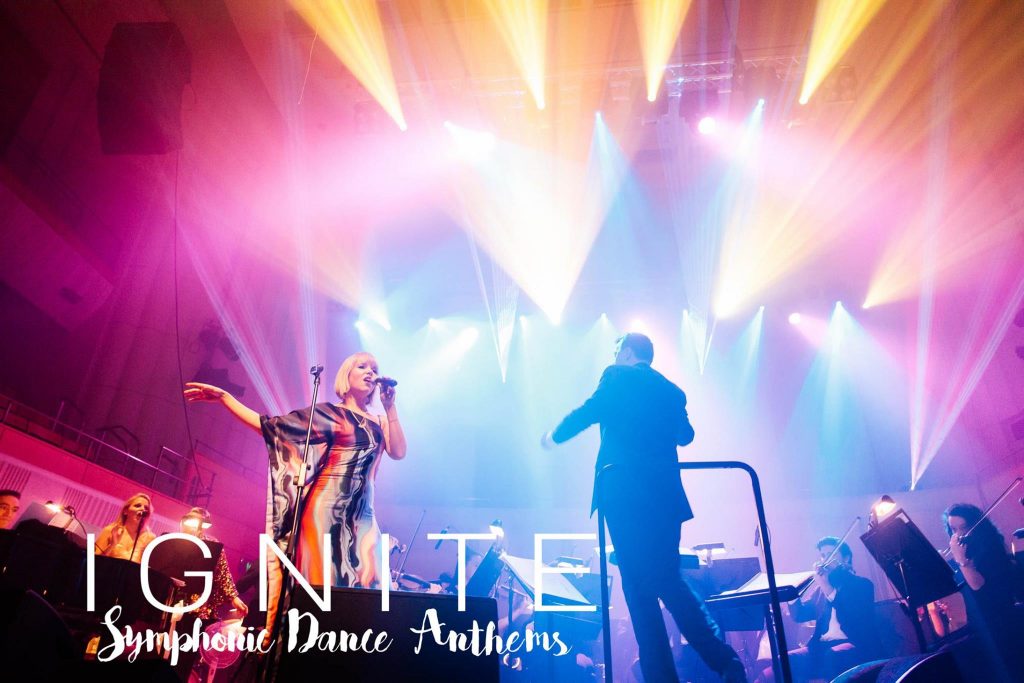 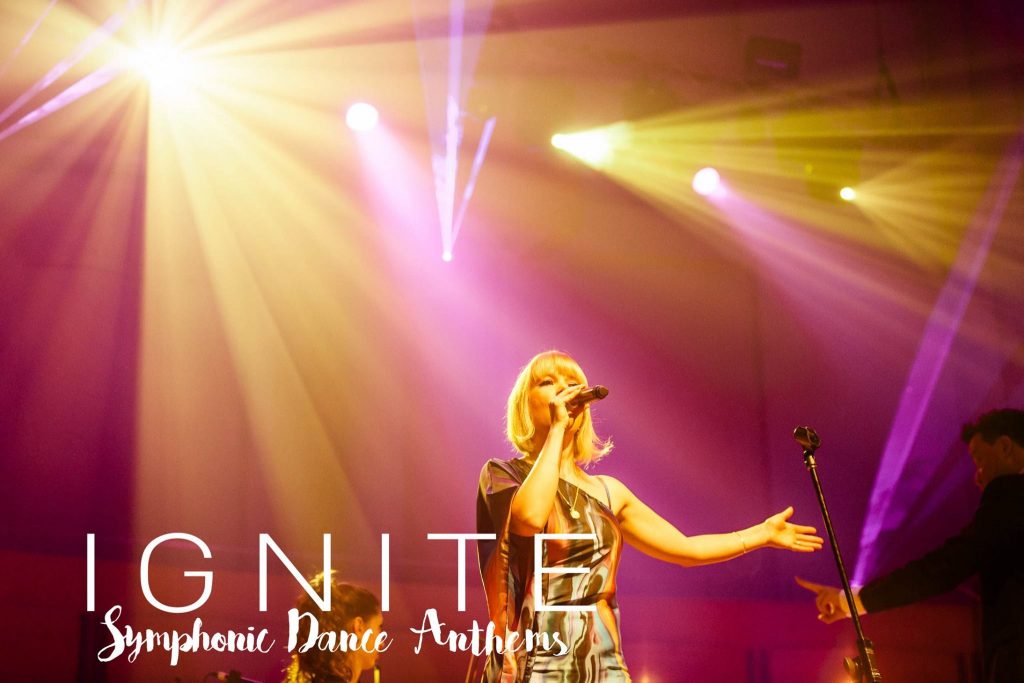 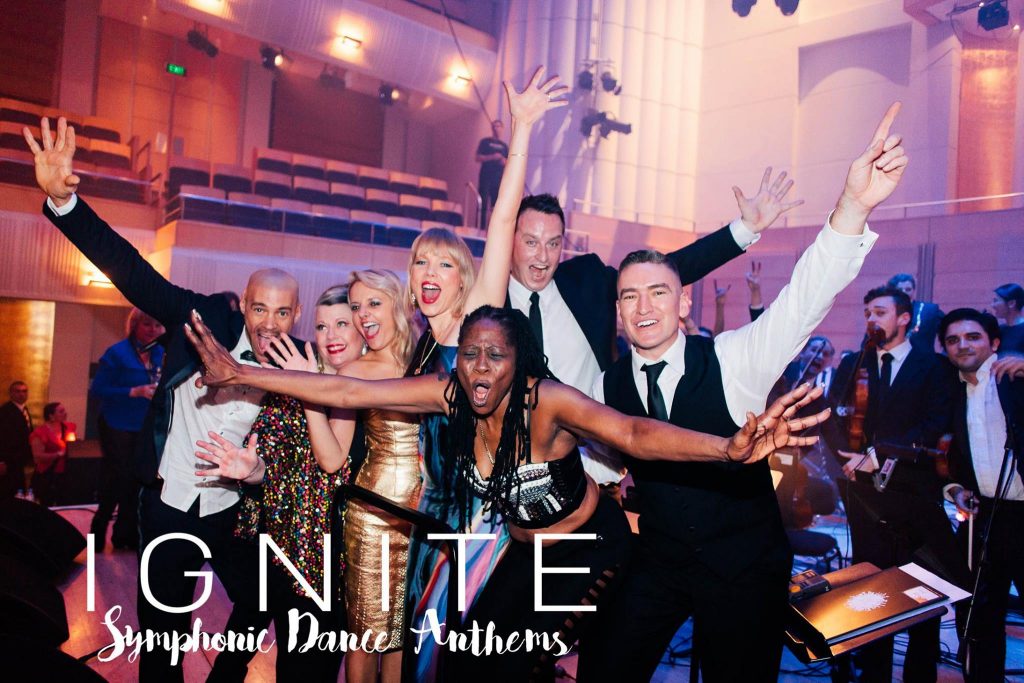 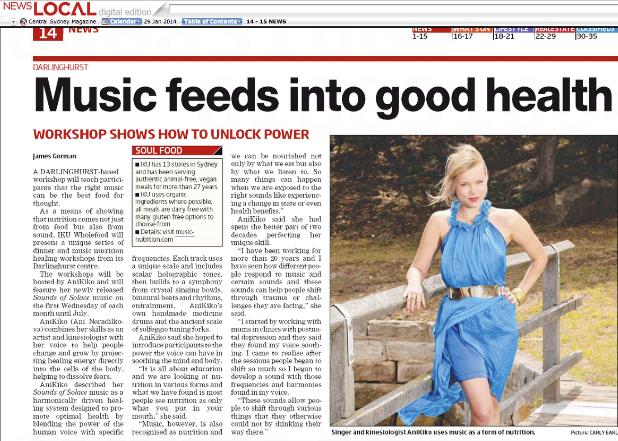 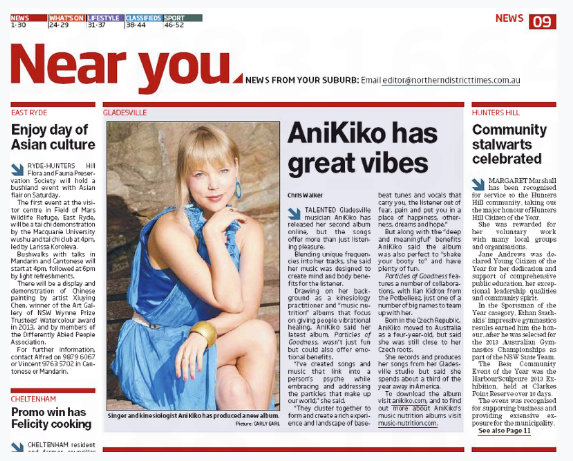 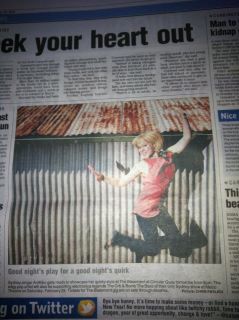 Spotted during a show by scout agency and landed a few different extra characters in the Great Gatsby with Baz Luhrmann, Leonardo Di Caprio and Toby McGuire. She was originally cast as the body double for carey Mulligan.

Fashion Magazine Instyle features Anikiko in the music ad, produced by The DA’s Office. Just click on the image the hear the music. 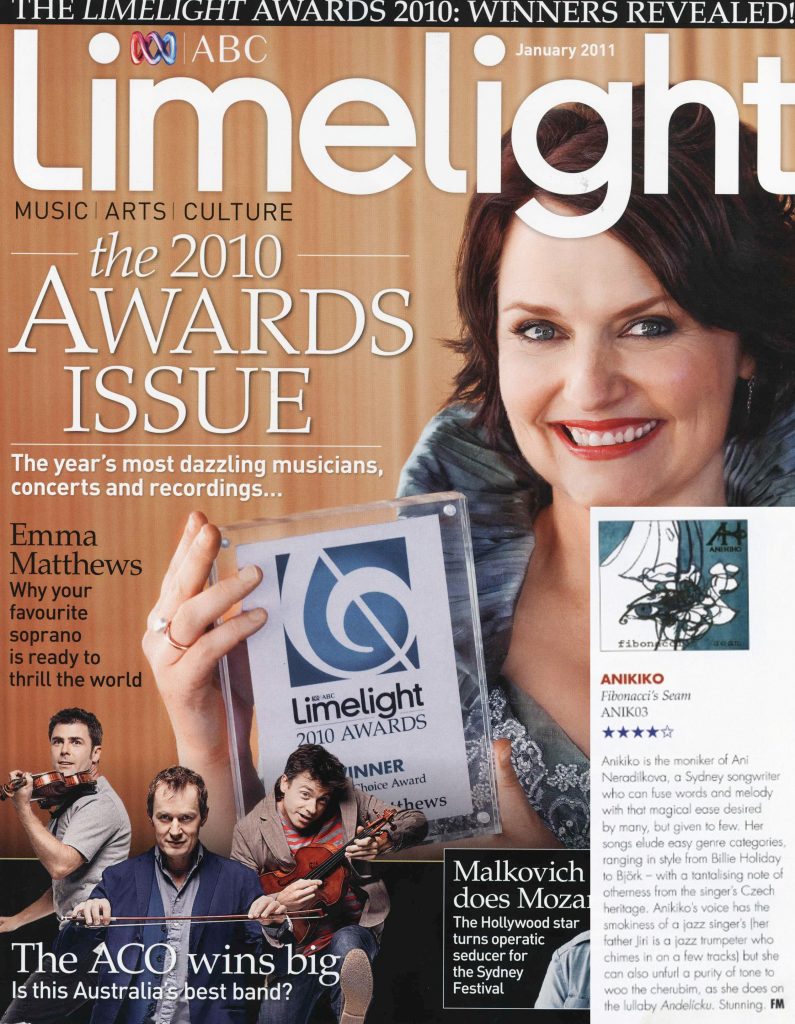 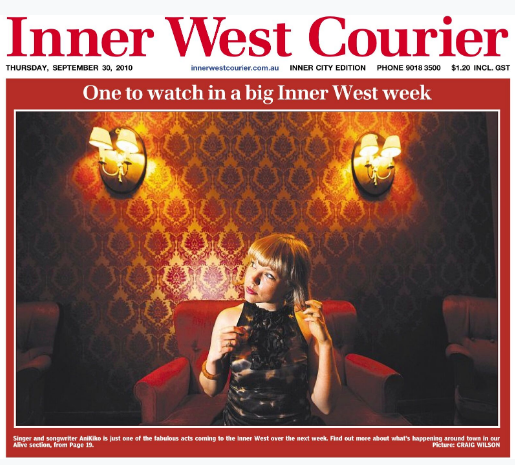 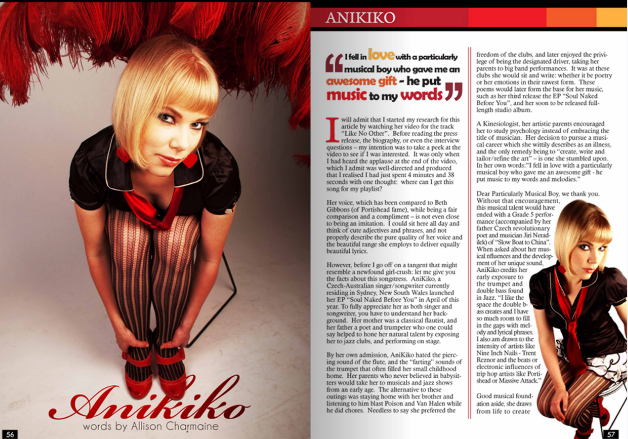 There’s a great part of our interview when singer/songwriter, AniKiko is recollecting a performance she did as a child in Year 5. Incidentally, it was her first ever performance in front of a live crowd, and alongside her father, him on trumpet, she sang the renowned Frank Loesser jazz number, (I’d Like to Get You on a) Slow Boat to China.

It was a cute story, no doubt, but what was most memorable was when AniKiko decided to sing a few bars of the track, which although only lasted a few seconds, was indicative of her apparent natural talent as a female vocalist.

Originally from the Czech Republic, the Sydney-based singer’s musical reach spans Jazz, downtempo, dance and trip hop like sounds. And when not singing, AniKiko works in holistic medicine as a kinesiologist. During a recent performance at the Paris Cat in Melbourne, AniKiko wowed the audience with her speakeasy vocals, and her sultry, laidback vibe.

Often, her sets are of the minimalist kind, and in her Melbourne performance, it was no different. Backed by only a drummer and a double bassist, the small crew managed to produce an effective ear-filling, atmospheric sound, with AniKiko’s vocals taking the rein.

The gig kicked-off with Set Free, a haunting trip-hop track, followed by Lion Roar, a song about exes you don’t really want back in your life. Lion Roar has all the wonderful elements of a jazz track – a wicked, finger-snapping double bass, the jubilant, attitudinal trumpet, and the undulating vocals charged with bravado. For a gig that started out quite restrained, Lion Roardid well in injecting life into the set, and the opportunity to experience AniKiko’s remarkable vocal range. The gig was at its best whenever she let go and embraced each song with the emotional fervour apparent in most of her tracks.

Of her song writing process, she explains that “thoughts inspired by conversations, or people, or anything that first makes me feel something or is an interesting concept,” usually gets her creative juices flowing. She goes on, “then I basically develop those ideas and free-flow write about it. And then out of it they’ll be a song from there.”

Another memorable part of the gig was when AniKiko sang a cover version of Nine Inch Nails’ Piggy, a song featured in her EP,Soul Naked Before You. The success of the cover rested on her own personal interpretation of it, putting a more feminine touch to the mostly dark track, and lacing it with a Zero 7-type feel to it. She also sang a cover version of Massive Attack’s Teardrop, which although had its merits, is the kind of track so renowned that many would find difficult to accept other than sung by Elizabeth Fraser.

Eclectic best defines AniKiko’s music. “For me the eclectic-ness is a bit of a journey,” she explains. “It takes me on a journey – the music – in my mind and in my emotional soundscapes, that is really where I write from.”

Speaking of her musical influences, AniKiko says, “Ella Fitzgerald and Billie Holiday – I love that era and that style – to more contemporary things like electronic beats. I’m definitely influenced by writers like Trent Reznor of the Nine Inch Nails, and the way he produces, as well as Tori Amos and the earlier Portishead stuff.”

Often, the heart of her tracks seem heavily influenced by jazz, which is of no surprise seeing as her father is a jazz trumpeter who often plays in her recordings. However, it is AniKiko’s unique ability to fuse different styles of music that really sets her apart. More often than not, a driving beat or a pre-recorded soundscape would add richness to her songs, making it all the more interesting to listen to. And along with her beautiful and utter control over her vocals, AniKiko is a captivating artist and performer that’s just brilliant to watch.

On the 8th of April, AniKiko will be launching her EP in Newtown, Sydney.

By Nick from Neonhearts

Its no secret that we dig Anikiko ultra style, we have blogged about her previously, we also have booked her at sin-e twice in the past year, and probably will do again before the years out, you just dont get many acts like this. Ani recently gave us a copy of her new EP, Soul Naked Before You and gave us the go ahead to share the title track with you.

This is a very intimate and introverted release with some delicate moments that keeps you holding on the entire way. With a unique interpretation of the Nine Inch Nails track Piggy with strings and all slotted right in the middle. Utilising dub like sounds Recuperate shows shows just how different Ani is to her often close comparisons Beth Gibbons and Bjork etc – Definitely our favourite from the release. Let Me Infuse flows with the acoustic beauty we have come to love from Anikiko, coupled with those trusty dub beats and wind instruments. Overall the EP comprises a detailed emotional and intricate journey.

Be sure to watch Anikiko’s my space or facebook page closely for details on how to get your hands on your own copy of the whole thing in the coming weeks, and check out the NIN cover whiule your there.

Anikiko, A Smile Is Your Friend 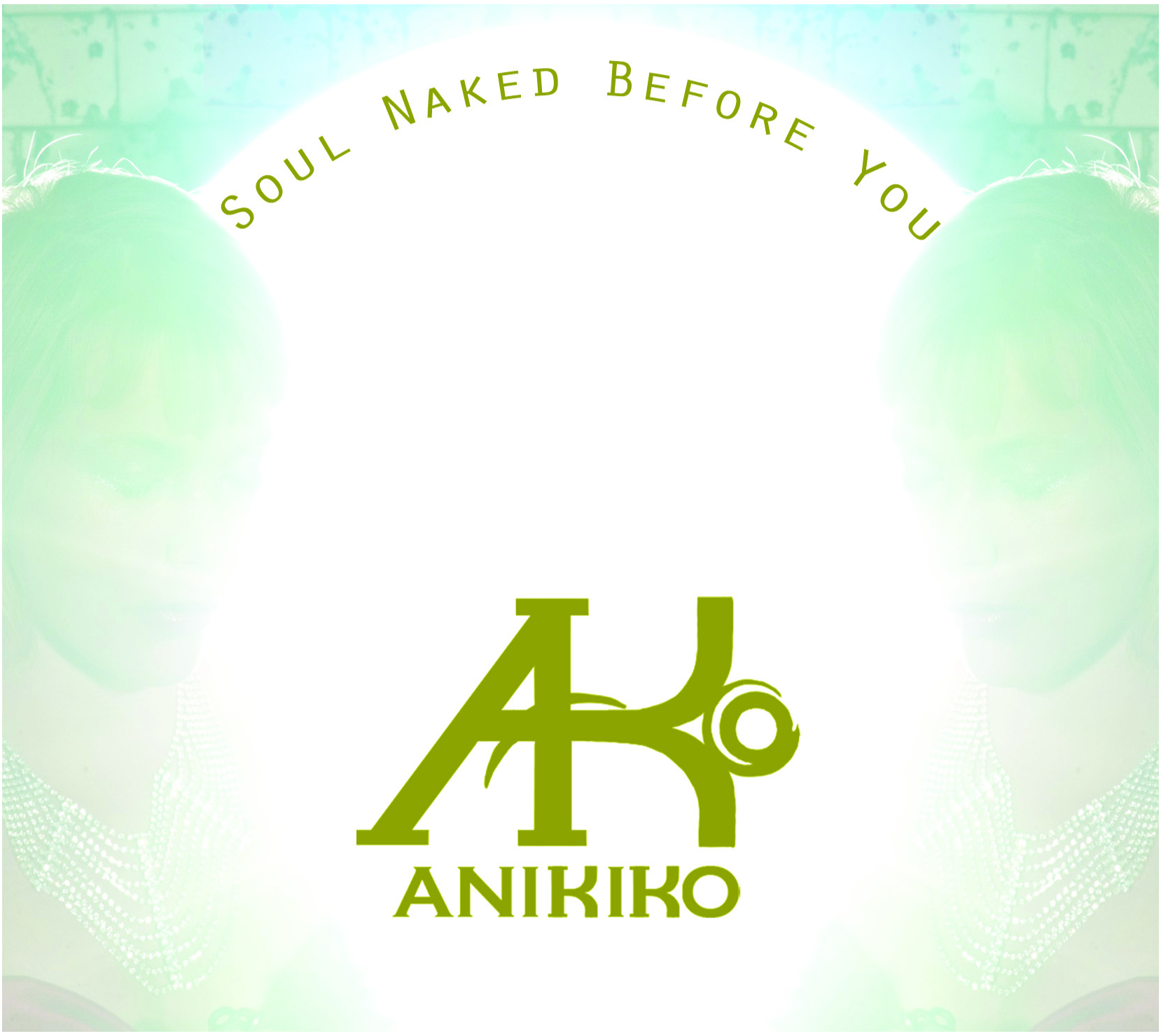 Anikiko (formerly Kiko) has been seen touching people’s souls around town (well… all the way to Tokyo) with a fresh EP in her kit. Like No Other is the third EP we got our hands from Ani Neraldikovas’s amazing trip hopy project, and its safe to say she grown and becomes more comfortable with her talent with each release.

Attached is a 128kbps bounce of the first track from the EP, if you enjoy listening to music at all this is for you. Title track “Like No Other” is definitely a transcending piece of work, it could go anywhere, the bandwagon likes of FBI or could end up on a classics hits station in twenty years’ time. This stuff is not now music, its good solid and thought out and at the very least heartfelt. With intense moments and chilled soul parts, the trumpet lines over the delicate beats invokes feelings of 90’s triphop/Cafe compilations, unavoidably drawing similarities to the likes of Portishead, Morcheeba and Massive Attack. But who would complain about that?

What are they saying about AniKiko?

Her attitude and approach to her music was very refreshing.

Ani is not only multi talented but incredibly diligent, self motivated nd ambitious. In my opinion Ani has undoubtedly the potential to become a household name, not only in Australia but World Wide.

I first worked with Ani Neradilkova in my capacity of Director of Photography on her music video for “Like No Other”. When I was first offered the chance to shoot this clip, I listened to the song, then jumped at the chance to work with her! The poetic vocal lines floated within the unique production and arrangement of the song. I knew instantly that this was a creative soul that I wanted to work with. To that end the shoot was fantastic. I look forward to collaborating with her again some day.

Matthew is a cinematographer with over 15 years experience in film and television. His award winning work has been seen in music videos, TVC’s, short films and several international drama series. Matthew has received 5 state and 2 national awards for excellence in cinematography from the Australian Cinematographers Society (ACS).

As an artist and songwriter AniKiko consistently demonstrates immense talent and determination – two essential ingredients for succeeding in the music industry. She is a dynamic performer with a unique commercial vision and concept for live and recorded entertainment.  She is a magnet for a fun atmosphere and she has attracted a talented team to her project including musicians, recording production, film-makers, dance, staging and management – a tribute to her commitment as a self funded artist.

We're not around right now. But you can send us an email and we'll get back to you, asap.